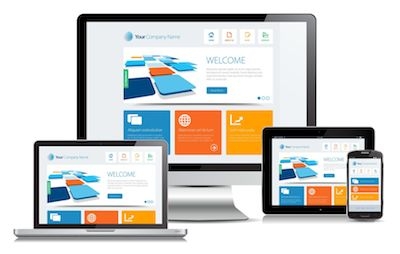 The gap in satisfaction between retail website and mobile experiences is widening according to the findings of an annual mobile retail report from customer experience analytics company ForeSee, measuring customer experience across the UK’s top 10 mobile retail websites in the UK.
A full four points divides the retail websites and mobile sites or apps, with the top 10 mobile sites averaging a score of 73 (on a 100 point scale) on the ForeSee Experience Index (FXI), as compared with the 77 averaged by their web-based equivalents.
Of the companies that feature in both the top 10 mobile sites (as defined by Internet Retailer) and top 40 retail websites, only one – Tesco – emerged with a higher ranking for its mobile site (75) than its website (74). Sports Direct (74), NEXT (74) and Currys (70) scored the same across both media. And Marks & Spencer, despite its joint position with Tesco at the top of the mobile table, lagged behind on its website score (77).
The research, carried through among nearly 2,500 consumer surveys, uses a patented scientific methodology to determine how improvements to specific aspects of the online experience, such as navigation and site performance, will positively affect overall satisfaction, likelihood to do business with the organisation and loyalty.
Changing online shopping landscape
Having already published its overall online customer experience benchmark for 2013, this is the first year that ForeSee has reported on the customer satisfaction performance of the UK’s top 10 m-commerce retailers at a company level, providing insight on how UK shoppers are using their mobiles to browse, research and purchase goods.
Commenting on the lag between mobile and traditional e-commerce sites, Eric Feinberg, senior director of mobile at ForeSee, said: “Established ForeSee research shows that every one-point increase in satisfaction translates into a 10.6% rise in a retailer’s online revenues, which provides tremendous opportunity.
“While as yet mobile sales do not represent as high a proportion of a retailer’s total sales as their web presence, we found a four-point customer satisfaction gap between mobile sites and traditional websites. This indicates a significant performance shortfall on the mobile front — and a significant opportunity that UK retailers can immediately address.”
The research findings suggest the UK mobile customer experience landscape is still maturing. None of the top 10 mobile sites achieved a score of 80 or above, which is generally considered the threshold for excellence. While Marks & Spencer and Tesco topped the chart for mobile satisfaction, followed by Sports Direct and NEXT second, and N Brown, Ocado and Sainsbury’s third with a score of 73, Shop Direct was in last place, with a low score of 69.
Shopping behaviour evolves with mobile
Feinberg added: “It’s important to remember that customers are using mobiles as a research medium too, to decide what products to buy from which retailers using which channels, so a less than satisfactory initial mobile experience also has the potential to drive buyers away from other channels like stores and call centres and into the arms of a competitor.”
Over half (59%) of mobile site or app users started their journey on the retailer’s website, rather than instore or on their mobile device. But 62% of purchasers completed their final purchase through the company’s website and recorded higher satisfaction levels (with a score of 76) than the 23% who purchased instore (74).
When customers were asked how they used their mobile device while shopping, 46% said they used it to research products, 20% made purchases from their mobile device, 15% used their mobile device to compare prices and products while shopping in person in a store and 7% used the retailer’s mobile app.
Showrooming trend on the rise
Providing further evidence of showrooming while shopping in retail stores, 64% accessed the retailer’s website on their mobile device, 29% accessed a competitor's website and 17% accessed a shopping comparison website. A further 9% accessed the store retailer’s app and 4% accessed a competitor’s app on their mobile device while shopping in retail stores during the festive season.
Highly satisfied mobile shoppers (with a score of 80 or more) were 69% more likely to purchase from that retailer in the mobile channel, 53% were more likely to buy from that retailer in another channel, 59% were more likely to buy from that retailer the next time they made a similar purchase and 55% were more likely to recommend the retailer, mobile website or app.
Feinberg added: “The simple truth is that if a retailer gets their mobile strategy anything other than right, the consumer will go to another retailer or to Amazon.” While amazon.co.uk is not among the top 10 mobile sites Foresee analysed, it did investigate Amazon’s mobile site, which scored 80 points – considerably ahead of any company featured in the top 10.
Still room for improvement
“However, it’s interesting to note that this score also lags behind its own website score by a full four points,” he observed, “suggesting that even the mighty Amazon has some room for improvement when it comes to mobile.”
Ben Stollard, ForeSee UK managing director, added: “With mobile growing exponentially in importance as a gateway interface between retailers and their customers, it is critical that retailers give customers a great experience – and nothing less than that provided by their website offering will do. Consumers make no distinctions between channels and they expect the experience of interacting with a retailer to be seamless.”
The FXI satisfaction data was collected from November through December of last year from a nationwide panel of more than 460,000 consumer households opted into surveys provided by Global Market Insite (GMI).