Related items
You are here: Home | Ask The Expert | Why retailers can stick with apps

Why retailers can stick with apps 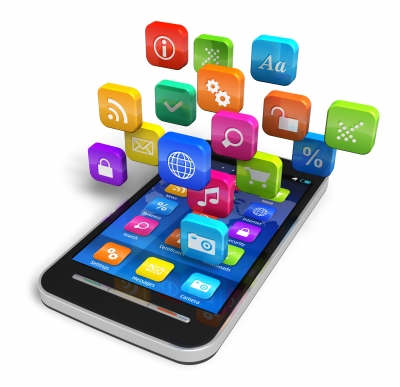 There continues to be headline after headline about how high street retailers are supposedly struggling to make ends meet, with the impending downfall of the UK high street continuing to be reported. The main culprit in the eyes of the doomsayers? The rise of digital, specifically mobile. Which seems naïve at best. After all, in 2018 there really is no such thing as a mobile business or a non-mobile business.
The world today is a mobile one. Consumers today spend approximately three hours a day in apps, and seven times more time in native apps than mobile browsers. By the time the more lethargic bricks and mortar retailers caught up to the idea of the mobile web, the retailers that were quick to develop mobile apps were already light years ahead.
One of those, Asos, can be seen as exhibit A. It has recently revealed a 23% year-on-year increase in what the company admitted was a “challenging” UK market. In the same period the previous year, UK revenues had risen 18%. It’s no coincidence that Asos also features as the third most used digital-first retail app in 2017. The competition between bricks and clicks vs digital-first could just as accurately be described as “the brands that embraced mobile first Vs the brands that tagged it onto their retail strategy later on”.
The retail market pie
Today, developing an app strategy is not just a smart way to retain your piece of the retail market pie, it makes the pie bigger. Despite shoppers reportedly shunning the high street over the festive period, overall spending actually increased year on year according to a report by Visa. In fact, November 2017 was the biggest month ever for mobile shopping according to the same report.
The potential revenue to be gained in the app economy is phenomenal. Last year, consumer spend in the app stores exceeded some $86 billion – an increase of over 105% from 2015. In fact, within the next three years total spend in mcommerce, in-app advertising and app store is forecast to reach the dizzy heights of $6.3 trillion.
The gatekeeper to customer relationships
Time spent in apps drives cash spent. One advantage that retailers have is that they’re entering a market with a proven appetite. Singles Day in China saw $25.3 billion In Tmall sales, 90% of which came from mobile. Furthermore, mobile sales in the US during Cyber Monday 2017 topped $2 billion for the first time.
The storefront was once the first and only point of contact with your customer base. However, since the boom of ecommerce, mobile has become the gatekeeper to your customer relationships. Not only is mobile the best opportunity to reach your audience, it’s the best opportunity to create a truly personalised experience for your customers and nurture your relationships with them.
The most successful retailers in mobile have recognised that mobile isn’t a subset of digital, it’s actually the glue that brings together the digital and store experience. Use of in-store beacons, apps that provide product data and product locators drive customer engagement and loyalty.
Slick and powerful
Retailers can discover a plethora of personal preferences from their customers through the time they spend in their apps – from their preferred store locations and their wish lists to their favourite time to browse and more. Apps can provide a window into a consumer’s life. How retailers use this data to make the customer’s experience slick and powerful is almost bottomless.
Apps can function as the bridge between offline and online, encouraging users in-store at a point when it’s of most value to them. Just recently, John Lewis launched an app-based service to enable customers to keep in touch with one of five personal stylists. Those with the app will be alerted by text or email about products based on their personal preferences, when a new collection has arrived from their favourite brand, or when a product they love is going on sale. John Lewis isn’t the only one launching a revamped and experience-led offering though. H&M is also opening a store in Westfield shopping centre that will feature a nod to experience-led retailing via a nail bar run in conjunction with Go Gorgeous London and an in-house DJ.
The fight for retailers to win the high street is not over; it’s only just begun. The brands leading the way are those that marry their app strategy with their overriding sales goals.
Competition has never been fiercer, but for those that manage to use mobile apps to drive value both online and offline, the potential to accelerate business is phenomenal.