Related items
You are here: Home | Ask The Expert | The Instagram influence 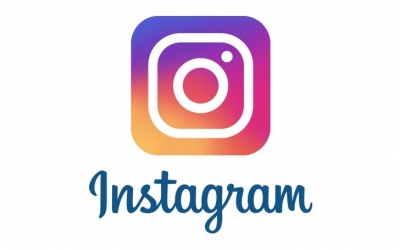 Instagram has just announced plans to make it easier for users to purchase directly through the platform. So what does this and the rise of social commerce mean for the ecommerce sector? Zilch for Business CEO Philip Belamant explains all

Earlier this month, Instagram announced they’ll be allowing users to purchase products directly through the app using tags in posts. Released to just a few lucky influencers and retailers, such as Kim Kardashian-West and Kylie Jenner, this feature is intended to be rolled out more widely later this year.
While the social media site originally released a shoppable system back in 2016, the Instagram Checkout now lets users buy items without even leaving the app. Great for users that want to make a quick purchase, but is it good news for ecommerce retailers?
This latest update is one of the most exclusive from the Facebook-owned company, it does represent a change in the way many of us will soon be shopping. Users won’t have to separate their discovery experience from their purchase experience, navigating retailers’ websites having been transferred there from the app.
Countless windows
The entire online shopping process could become quicker and much less jarring than ever before.
This means Instagram will become a digital shopping centre with countless windows for shoppers to peer into. This is a huge opportunity for ecommerce businesses and sales are of course forecast to increase, with Instagram taking a small percentage of the sale. Highly targeted marketing to shoppers already, ready to shop will be a huge money spinner for those that do it well.
With over a billion users, Instagram will become as vital a marketplace as Amazon is today. Retailers will need to adapt their content and drive users to their profiles more than ever before to take advantage of this new opportunity.
Sole traders
Eventually all Instagram users will be able to use these product tags, essentially turning themselves into ecommerce sole traders. All influencers will be able to sell directly to users, which has massive potential to increase their income through flying solo on the app.
This democratisation of ecommerce is already happening, with many sole traders already active and very successfully trading in online marketplaces like Amazon and Etsy. The huge number of engaged users already using Instagram daily means even micro-influencers will be able to benefit from selling through the platform. Being able to run this alongside a full-time job makes it very appealing to many people as a side hustle.
This is an exciting time for those smaller businesses and sole traders with ambitions of expanding their customer base and promoting their own products, rather than being hosted on a larger marketplace.
Influencer marketing
Using influencer marketing by working with celebrities and people with mass followings to promote products to their millions of social media followers is not a new concept. However, with this new update it’s likely that we’ll see demand for their services increase.
The add-to-basket conversion rate for online retailers in the UK this has been roughly between 15% and 16.5%. Translate that to when shoppers use a smartphone and that figure plummets to between 8% and 9.5%. Considering that 67% of us access social media through mobile apps, being able to convert on smartphones is vital and enabling customers to shop directly on the app has a key encourage them to make purchases rather than skimming over products.
Yes this feature has not yet been rolled out across the USA, let alone the UK, but it’s certainly a friendly ship on the horizon for the UK ecommerce market. Add to the mix the fact that the people you are marketing to are more likely to be engaged with the brand, and it’s easy to see why many ecommerce retailers are positive about what Instagram Checkout can bring to the UK ecommerce scene. Engaging your audience with a seamless experience can only be to the benefit of both the shopper and the seller.