Related items
You are here: Home | Ask The Expert | 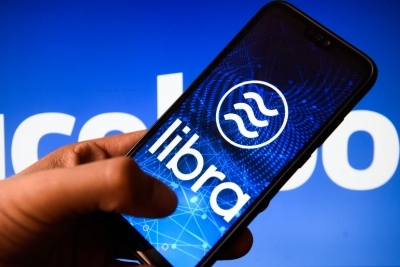 Some analysts have been quick to dismiss Facebook’s new Libra cryptocurrency as just another digital currency stunt, but that is a mistake, says Ombori CEO Andreas Hassellöf

Facebook announced on June 18 that they would be launching their blockchain-based cryptocurrency, Libra, in 2020. Some analysts have been quick to dismiss this as just another digital currency stunt, but that is a mistake. After all, we are talking about one of the richest and most wide-ranging companies in the world and it’s not just Facebook behind Libra.
The new currency is backed by the Libra Association, a partnership of massive tech giants, venture capital firms, and finance companies, including Uber, Spotify, PayPal, eBay, MasterCard and Visa. Libra has the potential to - in Facebook’s own words - transform the global economy. As such, we need to take it seriously.
There are, admittedly, already a lot of potential regulatory pitfalls ahead for Libra. Politicians and central banks in Europe, America, and Australia are all raising objections.
French Finance Minister Bruno Le Maire said Libra must not “become a sovereign currency,” while German MEP noted that Libra would allow Facebook to become a “shadow bank.”
Data privacy
In the USA, Patrick McHenry, the leading Republican on the House Financial Services committee, called for a hearing with Facebook executives, while Democratic Representative Maxine Waters called for a moratorium on Libra until Facebook answered questions about privacy and security, and the Senate Banking Committee will be holding a hearing on July 16th, entitled “Examining Facebook’s Proposed Digital Currency and Data Privacy Considerations”.
Reserve Bank of Australia Governor Philip Lowe put it bluntly: “There are a lot of regulatory issues that need to be addressed, and they’ve got to make sure there’s a solid business case.”
Or, as Law Professor Katherina Pistor put it, “After years of disregarding privacy, exploiting user data, and failing to control its platform, Facebook has now unveiled a cryptocurrency and payment system that could take down the entire global economy. Governments must intervene before a company that "moves fast and breaks things" ends up breaking everything.”
However, the Libra Association has both the political and the financial clout to overcome all of these problems. They’re fully aware of what’s at stake, and they’re ready to work with governments.
User base
The Libra white paper states, ““We believe that collaborating and innovating with the financial sector, including regulators and experts across a variety of industries, is the only way to ensure that a sustainable, secure and trusted framework underpins this new system.” It may take a little longer than next year, but Libra will, inevitably, happen. And when it happens, it’s going to be huge.
Libra’s killer advantage is its immediate access to Facebook’s massive user base. The world’s biggest social network currently has 2.38 billion monthly active users worldwide, and it’s still growing. Many of them don’t have bank accounts, and will see an immediate benefit from having access to instant payments. For those who travel or do business with other countries, Libra makes it easy to make payments anywhere.
The new payment system will include a digital wallet, Calibra, that’s fully integrated with both Facebook Messenger and, more importantly, WhatsApp.
Effectively, Calibra has the potential to become WeChat Pay for everyone outside China. You only need to look at how ubiquitous WeChat has become in China to see how rapidly Libra could be adopted in the rest of the world.
Calibra is poised to offer the same seamless user experience as WeChat. The onboarding process will be super simple: there’s no need to invest in bitcoin or set up a mining operation. In fact, most users will neither know nor care how the Libra blockchain technology works behind the scenes, just as long as it’s easy. They will just be able to make a payment, from any device, to anyone, anywhere in the world, at any time, with no transaction fees.
That’s where the real boom will come.
PayPal and the credit card companies would be worried if they weren’t already part of Libra. The fact that they’re already behind it tells you all you need to know.