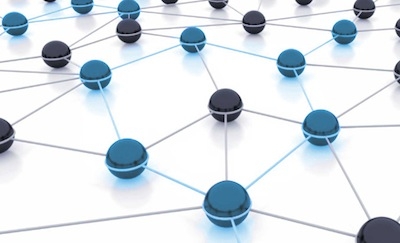 Nearly two thirds (64%) of the UK’s retailers were planning to adopt network internet protocol (IP) in the next three years, up 6% from 2012, according to the latest annual Centre for Retail Research (CRR), commissioned by network video technology vendor Axis Communications.
The research showed that, of the 291 responses from UK retailers encompassing over 21,646 stores, 92.4% of them currently used CCTV, 70% of which were analogue systems. Across the Northern Europe, the increase in retailers planning to adopt network IP saw a huge jump with a 16.5% rise on 2012 figures.
Scott Brothers, Axis Communications retail business development manager in Northern Europe, commented: “Store-based retailing is extremely tough at the moment and therefore maximising return on investment from any technological investment is crucial as we consumers increasingly become more savvy and price conscious.
Bandwidth requirements grow
“However, video image quality is still an issue when it comes to successful prosecutions, so it’s hardly surprising that nearly two-thirds of UK respondents (the highest across the whole of Northern Europe) currently using analogue CCTV systems were planning to adopt network IP surveillance. Like last year, respondents cited easier integration with business intelligence analytics, better remote access and improving image quality through the use of HD [high definition] IP cameras, as the primary drivers behind their plans to move away from analogue CCTV.”
The research also found that over 67% of UK retailers were interested in local storage if footage in smaller network IP systems – an increase on last year’s survey. Brothers reported Axis is seeing an increasing demand for its Axis Camera Companion system. “These systems of 16 cameras or fewer incorporate edge technology to store footage locally on an SD [secure digital] card, eliminating the need for a dedicated DVR [digital video recorder] or a local PC, reducing costs and management time,” he said.
Growing retailer adoption
Axis recently installed such a system for UK convenience chain, Nisa Today, at its Hockley store in Birmingham. The Axis Camera Companion system allows the store owner to instantly access and view live camera footage, replay and download files, either in-store or remotely via a PC, tablet or smartphone. “It’s been so successful that it has led to further discussions with Nisa about the possibility of integrating the technology across their 4,000 UK stores,” he added.
Professor Joshua Bamfield, Centre for Retail Research director, added: “This is the third survey we have done on this topic and it shows the strongest signals yet that retailers are taking network IP migration extremely seriously.”
Now in its third year, the CCTV in Retail survey surveyed 2,200 retailers both large and small from a variety of sectors and attracted 738 responses from retailers in the UK, Ireland, Denmark, Finland, Norway and Sweden.